In 1965 in the division of engineering designs OKB they prepared the preliminary design of the aircraft Tu-148, which had to enter into the composition of the new aviation-missile complex of distant interception Tu-148-100. Medium it was intended to equip radar «Groza-100» and to arm with rockets K-100. On the project, Tu-148 it had variable sweep wing and two turbojets of the type RD-19R-2 with the thrust on the afterburner 14200 kg. Interceptor had to fly at the heights of 50-100 m with a velocity of 1400 km/h, and at the heights of 16000-18000 m with a velocity of 2500 km/h. Distance at cruise had to be about 5000 km, and in the supersonic mode – 2500 km special feature Tu-148 was the for the first time developed IRST system for control of rocket armament. «Groza-100» with a diameter of the antenna mirror of 2m onboard equipment of interceptor it made it possible to use it in the autonomous mode. Complex could be used for the interception of aerial targets on the distant approaches to the territory of the USSR and for PVO of areas with the under-developed or disabled ground-based navigation and airport systems. Thus, the problems of complex Tu-128 it was intended to solve at the new technical level. 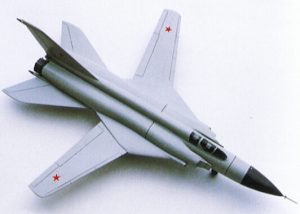 In addition to this, new complex during the appropriate re-equipment of medium could be used: for the disturbance of the airlifts in the operational rear of enemy; for PVO of surface ships at the large removal from the bases; as the medium of the cruise missiles of class «air-surface” for the defeat of ground RLS and AWACS; as the reconnaissance aircraft of radio equipment of enemy; as the bomber; as the front attack aircraft, armed of bunks and by the bombs of different calibres. In the version of attack aircraft or reconnaissance aircraft the flying range in the earth with the velocity of 1400 km/h had to be 570 km, and refueling was provided for in flight with the velocity of 1000 km/h – 1850 km. Landing gears Tu-148 made it possible to use it both from the concrete and from ground runways, which was extremely important, since calculated takeoff mass reached 55-60 t with 18,5-21,5 t of fuel. The armament of aircraft was located inside the volumetric loading compartment. This made it possible to preserve the high aerodynamic and flight characteristics independent of of the form of combat load and versions of combat use. It is however strange, but this version did not obtain support precisely because of its versatility. It was not necessary (front aviation it preferred Su-24), but the command of air defence aviation understood well for VVS that the multipurpose aircraft will not be able to become valuable interceptor. 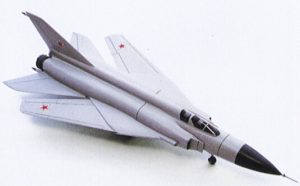 After studying opinion and wishes of client, in OKB of Tupolev in second-half 60s they studied the development of new version complex of interception Tu-148-33. To the aircraft it was intended to establish new weapon system: radar «Zaslon» from the phased antenna and the rocket K-33. The following aerodynamic layouts of interceptor were examined: with the variable sweep wing, according to the diagram, close to the diagram Tu-22M, works on which at that time dispatch in OKB; high wing monoplane with the fixed sweepback of wing and the chamfered air ducts with the horizontal wedge of braking the air flow; high wing monoplane with the diamond wing; high wing monoplane with the wing of the type «dual delta» and the front horizontal tail assembly. Of all versions the first proved to be most acceptable. For the aircraft selected engines RD36-41 with the full thrust 16000 kg with their own mass 3050 kg. This engine it was projected taking into account the interaction of high temperatures of stagnation (to 330°C) of the flow of surrounding air it had many original technical solutions.

It was intended to create the complex, capable of carrying on a struggle with the existing and perspective air weapon systems both in the field of the induction of ground radio-technical equipment and under the autonomous effects, and also with interaction with the AWACS. They entered into the tasks of complex: the interception of the low-altitude purposes, which fly of against the background terrestrial and aqueous surface, in particular, promising cruise missiles; the interception of the ballistic and cruise missiles of types «Hound Of dog», SRAM, SCAD and SCAM; the expansion of the speed range of the intercepted purposes in the forward half sphere to 3500 km/h, in the rear – to 2400 km/h; a increase in altitude of the intercepted purposes to 26-28 km; a increase in the distance to 4600 km and time of bombardment to shch ch; a increase in the noise protection; the possibility of the simultaneous attack of two purposes; the possibility of group operations. It was assumed that to be exploited Tu-148 will be able from the same airfields as Tu-128/128M.

Project was presented to the command of air defence aviation of the country and obtained the support of glavkom A.L.Kadomtsev. In OKB was unfolded the work along the new aircraft, mock-up was constructed, simulated commission worked. But during April of 1969 in the catastrophe on MiG-25P A.L.Kadomtsev perished. The new management of air defence aviation preferred to establish system «Zaslon» to the modernised interceptor OKB A.I.Mikoyan E-155MP, who was accepted for the armament under the designation MiG-31. All attempts A.N.Tupolev and his associates to attain the continuation of works on the theme «148» result did not give. 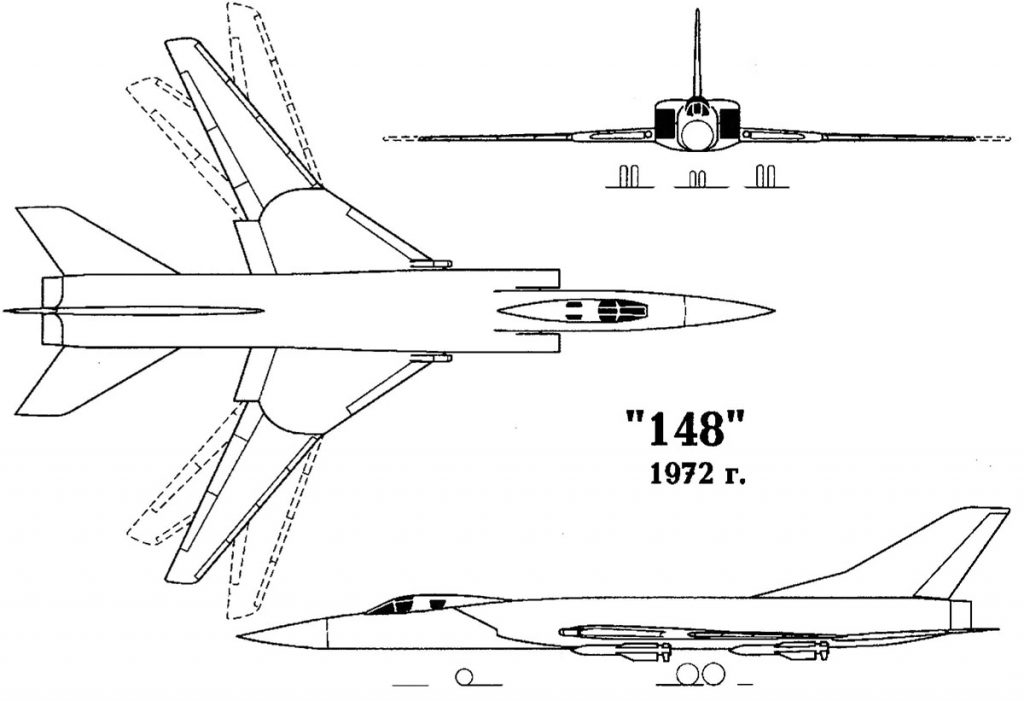