In June 1959 E-152 aircraft was built and presented for production flight tests.
The Mikoyan Design bureau pioneered the use of honeycomb fillers increasing stiffness and reducing by 10-18% weight of stabiliser, ailerons and flaps. The first E-152A flight was made on July 10, 1959; aircraft was flown by test pilot G.K.Mosolov. Flights to assess stability and manoeuvrability characteristics, and determine aircraft performance have been made during the last six months of 1959. Development of K-9 armament system forming part of «Uragan-5» complex was not carried out, since same units of ZP-1 radar and AZO-SPK equipment were not delivered for tests. 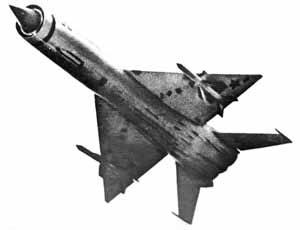 The second E-152A prototype was under construction till October 1959; later it was used to build the second E-152 prototype powered by R-15-300 engine.
Upon completion of flight test program in August 1960, E-152-9 intercept equipment was installed on E-152A aircraft in place of «Uragan-5» system. E-152-9 complex consisted of: interceptor-fighter, armament system including ZP-1 radar and K-9 guided rockets with their control devices, VB-158 computer, SAZO-SPK «Meteorit» system for command and active response transmission, AP-39 autopilot, KSI compass system, «Put-2» flight instrument set and other equipment. Flight tests of individual components (ZP-1 radar, AP-39 autopilot, VB-158 computer, K-9 rockets) began by the late 1961. A short time later, the aircraft equipped with launchers for K-9 guided rockets was transferred to GK NII VVS, where it continued tests, made 39 flights and 10 rocket firing.
E-152A aircraft participated at Tushino air parade on July 9, 1961. In NATO it has received the code name Flipper for the extended form of a tail part with the large ventral strakes.
The Mikoyan Design bureau could not begin tests of individual components for a new E-155 interceptor-fighter using E-152M aircraft, since R-15B-300 engines were not delivered in 1962-1965. The plant had to use E-152A aircraft for these tests. On January 29,1965, E-152A crashed performing the test flight. Test pilot I.N.Kravtsov died.
The documentation on E-152A (without engines, rockets and radar) was transferred to China, which used it at creation of a fighter – interceptor J-8. 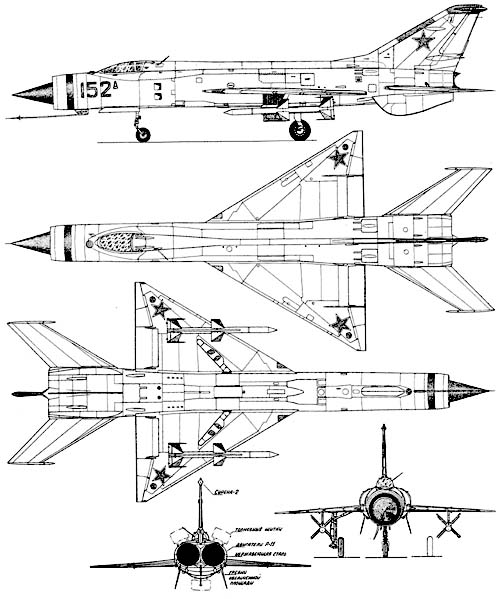 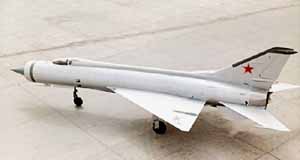