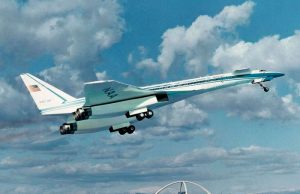 In the early 60s, North American was offered three passenger variants of the B-70 Valkyrie bomber (from minimally modified variant to deep modification). The six-engine М-3000 could accommodate 36 passengers or 48-76 (with fuselage expansion).
The 1961 SST variant was a development of the B-70 scheme, a two-keel high-plane duck with 6 engines.
The 1963-64 variant NAC-60 was already a one-keel low-plane with 4 engines located in two packages under the wing. It was designed to carry 187 passengers at speeds up to M = 2.65 (1,750 mph). Its design provided for extensive use of titanium – more than 73% by weight.
On January 15, 1964, three firms presented Federal Aviation Administration (FAA) draft designs for the Super Sonic Transport (SST) competition. NAC-60 with a take-off weight of 217 tons was the largest aircraft presented. The Boeing and Lockheed projects were allowed to develop further on the competition in April 1964. The rejection of the project of North American, which created the first heavy three-mach ХВ-70А bomber at the time, became a sensation. 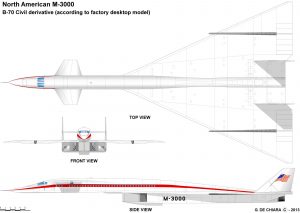 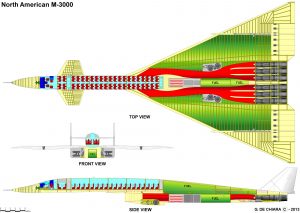 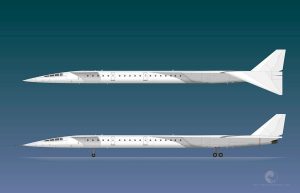 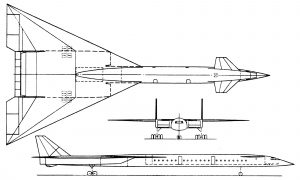 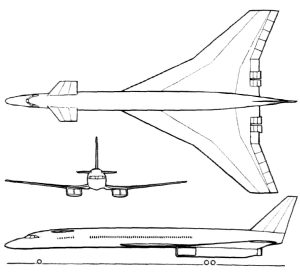 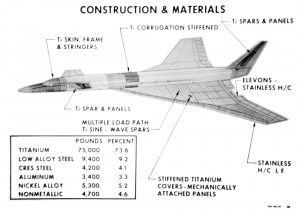 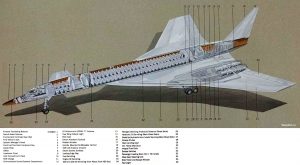