Test pilot A.V.Fedotov made the first flight on July 8, 1960. Tests were interrupted after the fifth flight due to engine accessory box destruction. A new engine was delivered on December 3, 1960 and a permit to fly the aircraft equipped with a new engine was given on January 18, 1961. In 1961 the aircraft made 36 test flights during which Mach 2.6 and static ceiling of 23000 m were attained. Disadvantage of sealing and thermal-insulating materials used in aircraft construction (smoke emission and sealant softening) were revealed in flight on July 25, 1961 when the aircraft has flown for a long time at the high speed, that is, in high temperature conditions. Repair work to introduce more heat-resistant insulation and install low loss ejector was made at the period from August 23 to October 18, 1961. Following this work tests were resumed and continued till January 25, 1962. 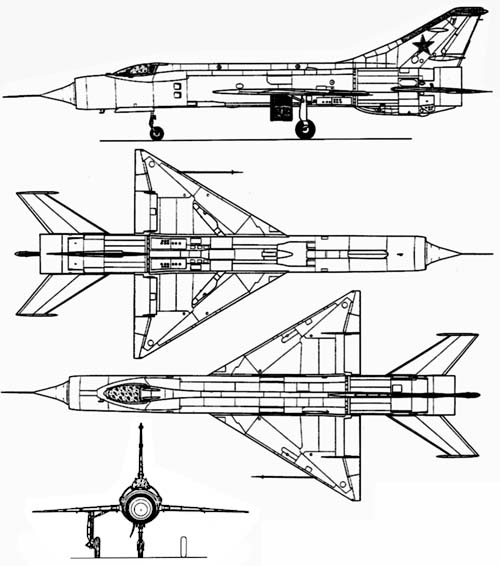 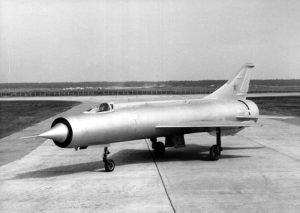