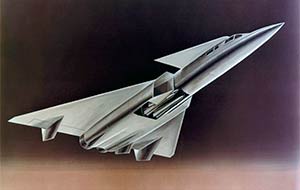 The North American F-108 was designed as a very high speed (mach 3) interceptor and escort fighter for the XB-70 «Valkyrie» bomber under development at the same time.
The delta wing Rapier, in its pre-mockup phase, was to have a canard
(forward-mounted pitch-control surface), and three vertical stabilizers: one on the fuselage centerline a a pair at the halfway point on the wing trailing edge for high speed stabilization at speeds above mach 2.

The aircraft design was changed during the mockup phase. The canard was removed and the upper portions of the wing-mounted vertical stabilizers were removed. The wing was changed from a standard delta to a double-delta; the winglet incorporated a droop and 45 degree sweep (the main wing had about a 65 degree sweep).
Engines: Two General Electric J93-GE-3 turbojets of 30,000 lbs. thrust each with afterburner.
Armament: Four 20mm cannons, 108 2.75 in. rockets and up to 4,000 lbs. of bombs. 3 Hughes GAR-9 «Super Falcon». 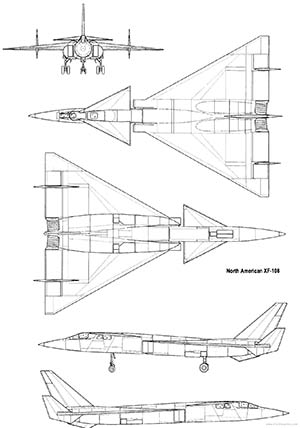 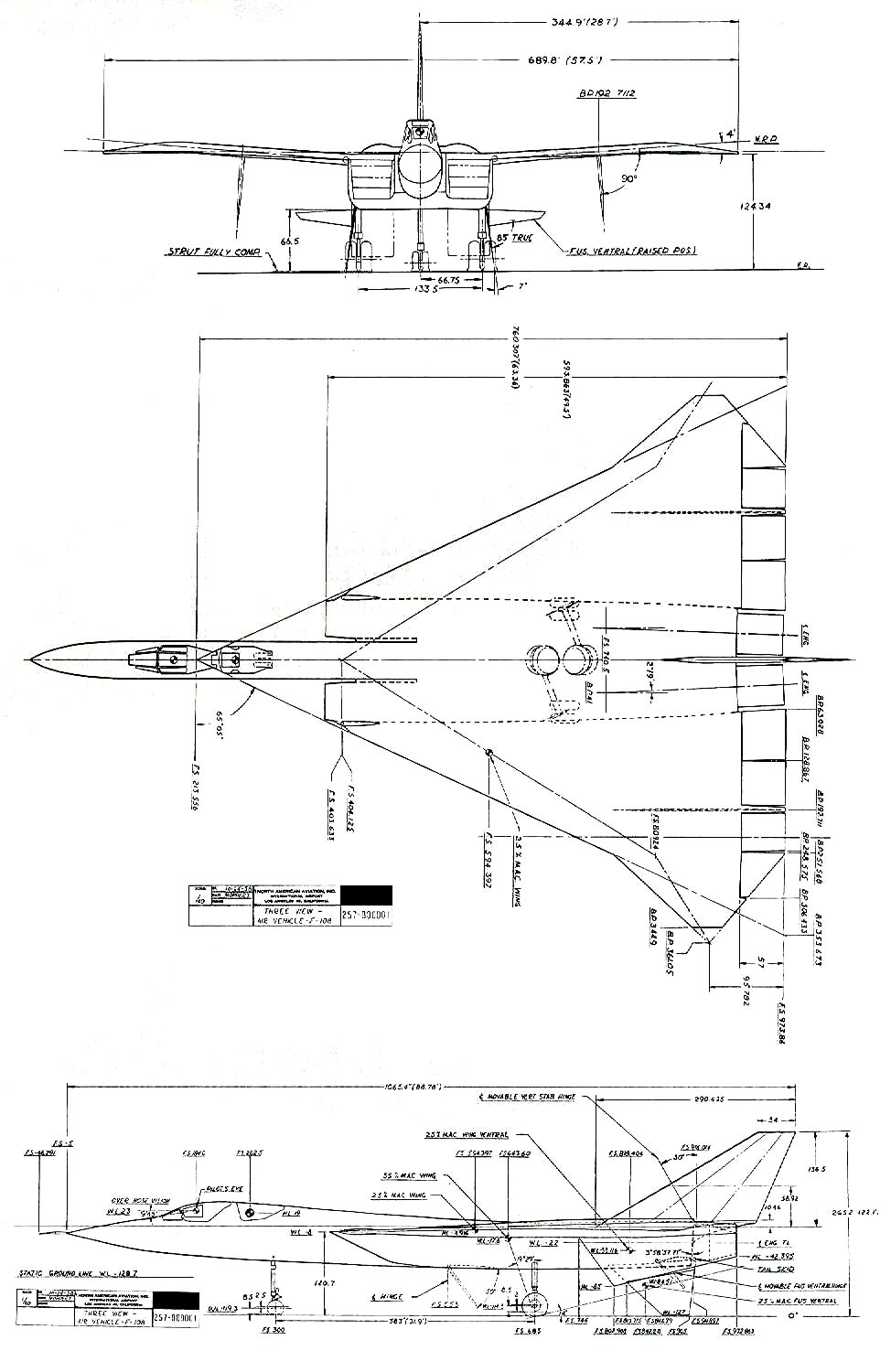 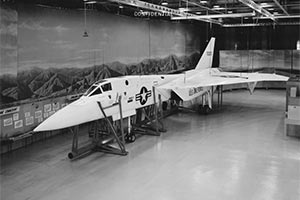 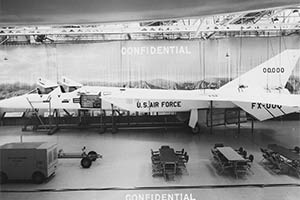 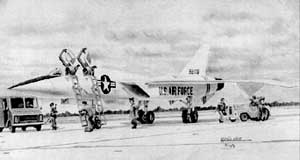 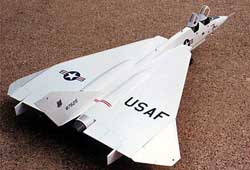